Diaspora youth reflect on, commemorate their time in Palestine

On the eve of their departure to their respective countries, the Holy Land Christian Ecumenical Foundation’s (HCEF) 5th Know Thy Heritage (KTH) leadership program spent its last day in Bethlehem reflecting on their past three weeks in the Holy Land, as well as making their own plans for how they will continue to serve Palestine upon their return home

The day began with a final delegation debriefing and evaluation, during which time the delegates were able to give constructive feedback on their time in Palestine, while also brainstorming ideas on how to improve the program for future delegations. As HCEF President & CEO Sir Rateb Rabie, KCHS, said, “The last day was emotional and productive with positive evaluations and a commitment for Palestine and peace.” 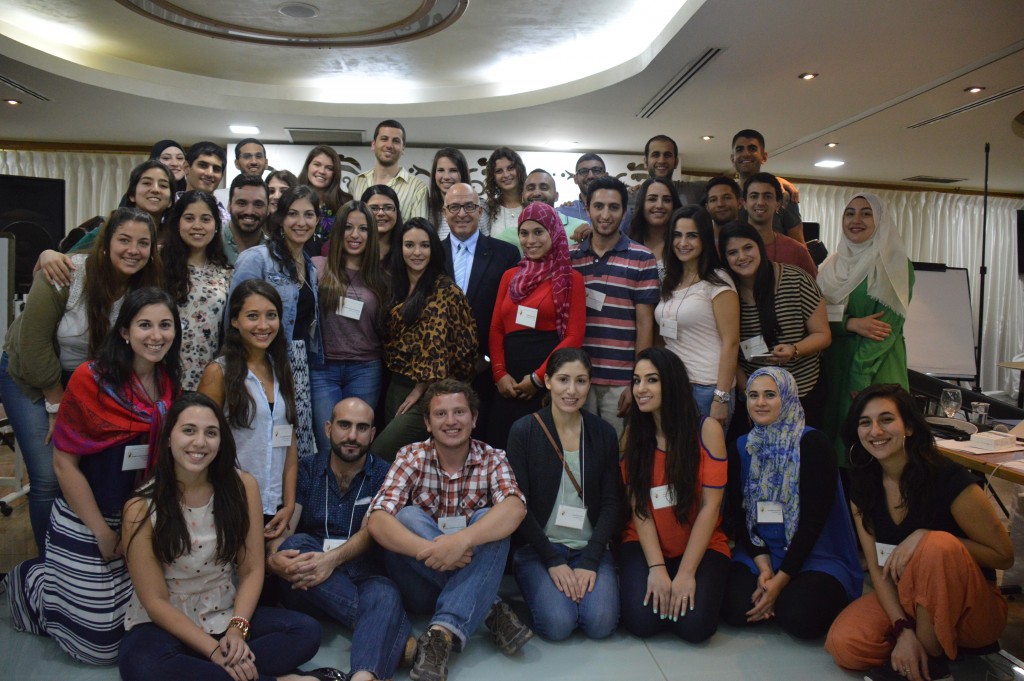 In keeping with KTH tradition, each delegate is given the opportunity to present a brief speech reflecting on their experience as a KTH delegate and their time in Palestine. As with past delegations, this is an emotional and inspiring time when the immediate impact of KTH on the delegates is acutely felt. Here are some of the delegates’ reflections recorded from that day:

Colomba A., from Chile who is originally from Beit Jala, had this to share:

“I grew up pretty much denied from my Palestinian heritage, at the age of 14/16 I decided it was time for me to reconnect with this side of the family and to explore how it would be like. It was hard, I grew up hearing that I was not Palestinian, like it was a childish illusions, that I grew up in Chile born there, so being Palestinian was an idea I was holding hopelessly to. When I heard about KTH I thought it was the perfect opportunity to connect with my Palestinian heritage. I never thought id feel what I felt as soon as I got off the bus. The first thing I heard was “Welcome home, Welcome back”. I actually felt home, this woman hugged me and as soon as she welcomed me I started crying, it was magical to me. After having living that, I felt it here, I AM PALESTINIAN, and it was priceless.” –Colomba Aguad

Jessica K., from Honduras and originally from Bethlehem also shared:

“It was my great great grandparents that immigrated to Honduras. Despite learning a lot from visiting many places, conferences, holy sites, etc. this has opened my eyes to see this in a different way. I didn’t find any family members here, but at my home stay we stayed with the Anastas, we didn’t know anything about them and we were wondering where were we going, where do they live…They told us about their story how they built the wall on 3 sides of their house, they lost their business because of this and turned their house into an inn, it was so real to have the opportunity to spend time with someone so affected by the occupation” –Jessica Kafie

In honor of the delegates’ final night in Palestine, a farewell party was held in celebration of their journey together throughout Palestine. They were treated to a final farewell meal at Al Taleh restaurant.