On August 5, the Holy Land Christian Ecumenical Foundation’s (HCEF) 5th Know Thy Heritage (KTH) program set off to Haifa, kicking off their two-day tour across the cities of historic Palestine.

The delegation’s first destination took them to the coastal city of Haifa, where they visited the Bahá’í Gardens. The gardens, which are composed of an extensive staircase and a series of terraces overlooking the Mediterranean coast, serves as a site of great historical and religious significance to the Bahá’í faith, as it also houses the golden-domed Shrine of the Báb — the resting place of the Bahá’í faith’s Prophet-Herald. 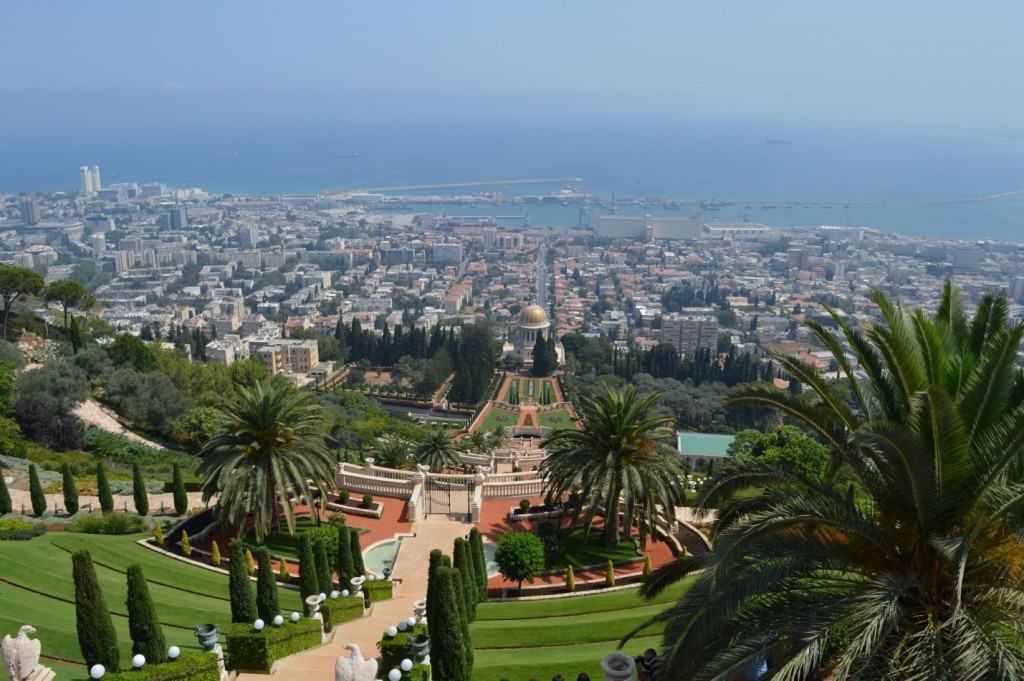 Following the tour of the Bahá’í Gardens, the delegates headed to the Palestinian Christian village of Iqrit, located just north of Acre. The delegates were welcomed by the youth of  Iqrit, who shared with them the story of their village which was destroyed 1948, or al-Nakba, and the subsequent challenges the village’s inhabitants have faced rebuilding it under Israeli rule. Following a tour of the village, the delegates joined the locals for lunch and an open discussion with three generations of Iqrit’s former inhabitants, during which the delegates were able to learn more about the villages’ struggles, as well as what role they could play as Palestinians abroad. 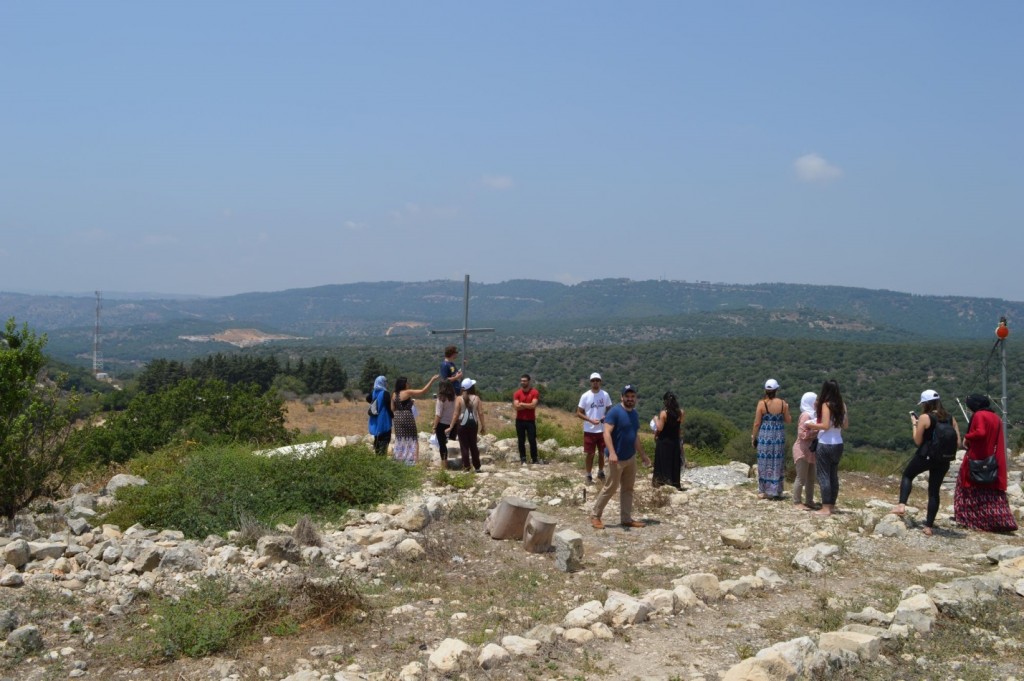 Following the visit to Iqrit, the delegation paid a visit to the neighboring villages of Tarshiha and Suhmata, both of which were depopulated and, in the case of Suhmata, completely destroyed in al-Nakba. The visit was particularly special for the delegates whose families come from these areas, as the visit marked the first time anyone in their family ever returned. As a tribute to these delegates, the rest of the delegation joined them in climbing over the rubbled ruins that remain of Suhmata and filling bottles of dirt for them to take back to their families who have never been able to return home.

After the visit to Tarshiha and Suhmata, the delegates set off to their next destination: Nazareth. Considered the largest Northern Arab city, Nazareth is home to several important holy sites in both Islam and Christianity. After spending the night in Nazareth, the delegates kicked off their second day in historic Palestine with a visit to the Church of the Annunciation, where the Catholic tradition says the revelation to the Virgin Mary by the angel Gabriel that she would become the mother of Jesus Christ took place. Several delegates also paid a visit to the city’s oldest mosque: the White Mosque. Dating back to the late eighteenth century, the White Mosque was given its name in order to symbolize a new era of purity, light and peace between the city’s multiple faiths. 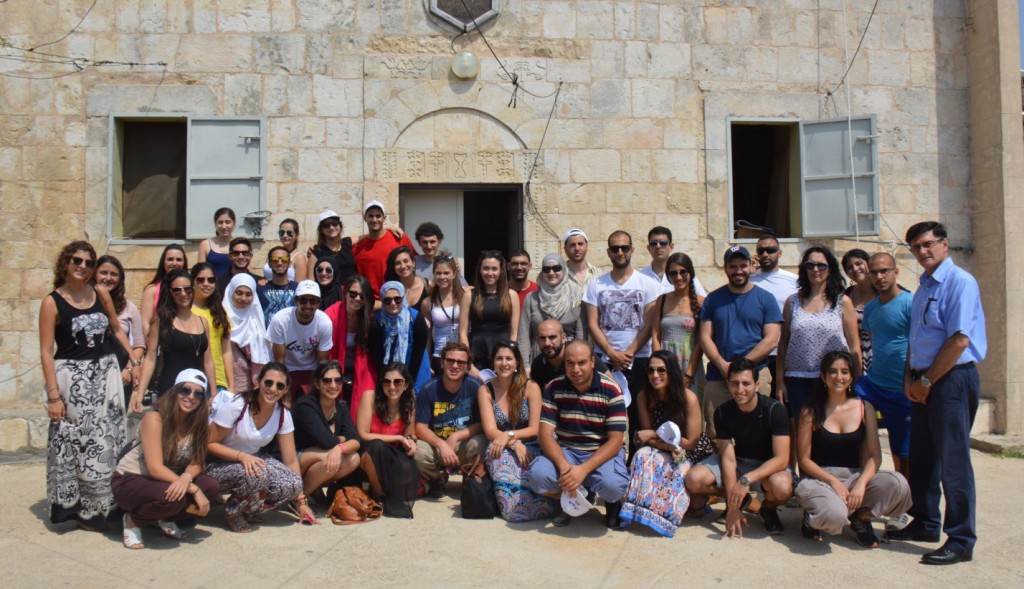 After concluding their visit in Nazareth, the delegates set off to the coast, beginning first in the Old City of Akka, where delegates were given a tour of the city’s old market, as well as a taste of its famous seafood. The delegates also paid a quick visit to Jaffa, where they were given time to enjoy the city’s beautiful coastline.

The delegation concluded the evening back in Bethlehem, where they received a presentation on the history of Palestine by Dr. Mazin Qumsiyeh, Director of the Palestine Museum of Natural History and Institute for Biodiversity Research. The presentation went as far back as 2000 B.C, beginning with the history of Palestinian roots during the Canaanite Empire all the way to the rise of Zionism and the political situation on the ground today.

Upon the delegates’ return to Bethlehem, HCEF President & CEO Sir Rateb Rabie, KCHS, remarked on the conclusion of the delegates visits around Palestine, saying, “With this trip, the delegates have now visited most of the cities of every district in Palestine. They are equipped with all the necessary tools and knowledge, and with their passion they are ready to become ambassadors for Palestine and peace.”