Dr. Ashrawi meets with the 2015 Know Thy Heritage visiting delegation 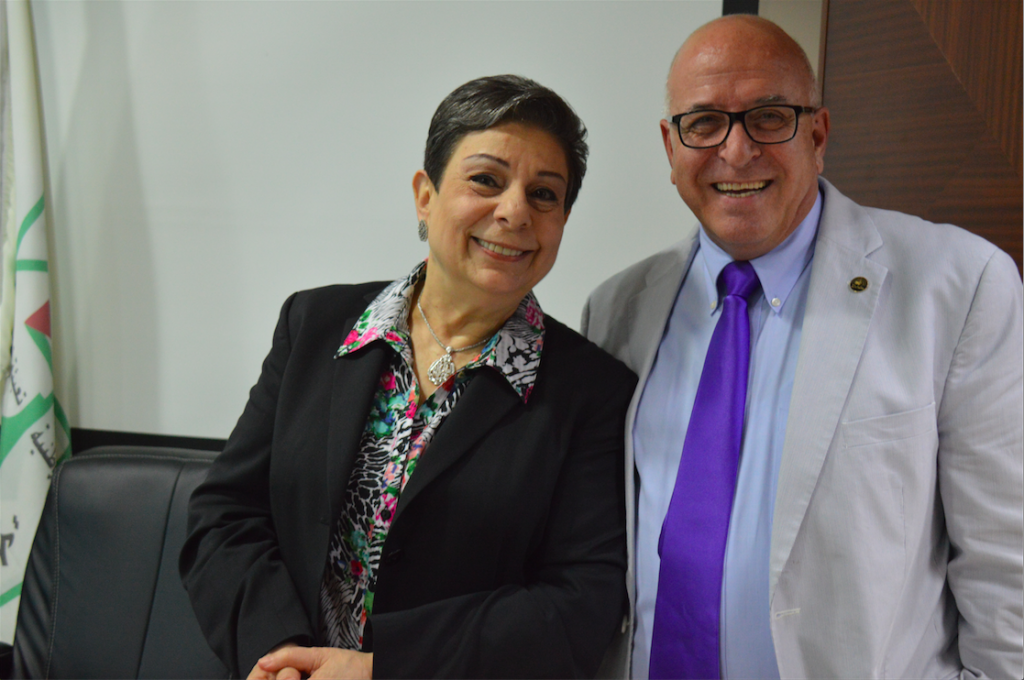 PLO Executive Committee Member Dr. Hanan Ashrawi, who serves on the Know Thy Heritage (KTH) Advisory Board, met with the 2015 KTH visiting delegation and President/CEO of the Holy Land Christian Ecumenical Foundation Sir Rateb Rabie at the PLO Headquarters in Ramallah and welcomed them to Palestine.

Dr. Ashrawi expressed her appreciation to the delegation of forty young Palestinians from ten different countries who were born and raised in exile and said: We are extremely encouraged that the KTH delegates are reconnecting with their Palestinian homeland, its people, culture, and identity. We are in need of a new spirit, energy and outlook, and the new Palestinian generation is our hope for a better future.”

She called on the KTH delegates to stay connected with Palestine in the future and to contribute to the Palestinian struggle for dignity, freedom and self-determination and to nation and institution building in Palestine. 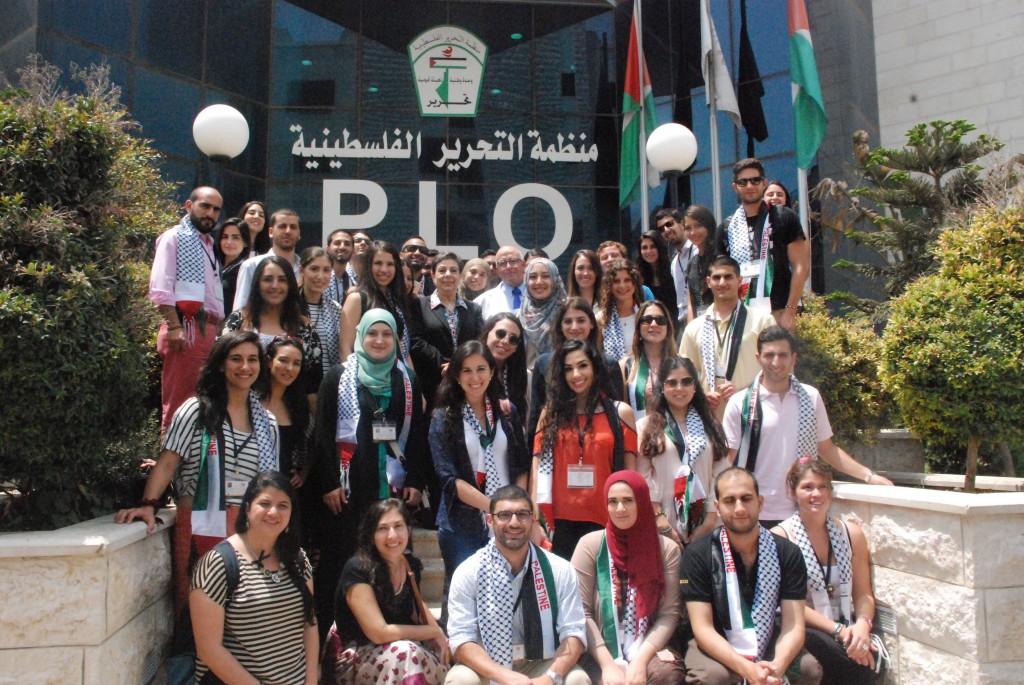 Dr. Ashrawi led and engaged in a discussion that focused on the deteriorating situation on the ground and Israel’s willful policies aimed to violate the rights and freedoms of the Palestinians by means of its inhuman and unacceptable system of military occupation and enslavement: “The two-state solution is no longer a viable option. Israel is intent on displacing an entire nation and replacing it with another.”

She provided an assessment of the escalation of Israel’s illegal settlement enterprise and the acts of terrorism and war crimes committed by the extremist Jewish settler population. She also condemned the deliberate torching and killing of eighteen-month-old Ali Saad Dawabsha from the Palestinian village of Duma and said: “This horrific act is not an isolated incident. This is part of the ongoing impunity enjoyed by violent Jewish settlers who are never held accountable. The Israeli government is responsible for generating a culture of hate and racism that enabled such an unrivaled and horrific incident.”

Dr. Ashrawi also discussed the internal situation and stressed the need for reconciliation and free and fair elections in Palestine. 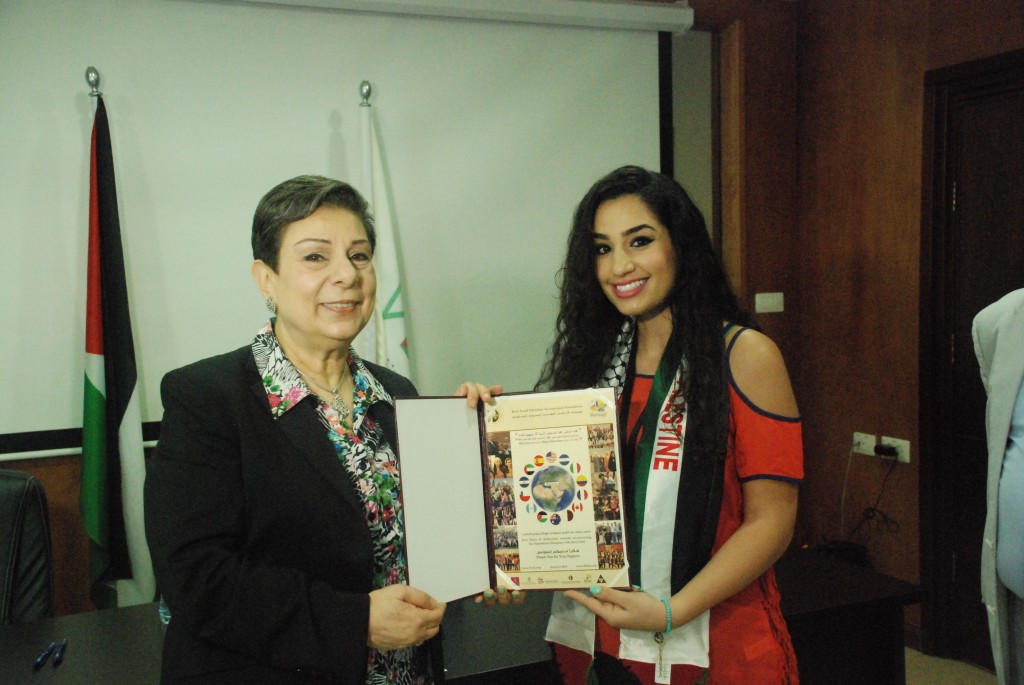 At the end of the meeting, Dr. Ashrawi answered questions on the status of women, the rift between Fateh and Hamas, and the importance of international solidarity movements and working with people of conscience to promote the Palestinian cause.

This press release was released by the Palestine Liberation Organization (PLO)