Today we had the pleasure of discussing a variety of greatly important topics over a series of panels, joined by some insightful guests. After an introduction by Dr. Najat Arafat Khelil explaining the key motives of the KTH program to our guests, we were ready to jump into the thick of things!

The first topic covered the roles and struggles of education and tourism in Palestine. We were joined by experts Saad Nimer, who spoke on the state of education, and Raed Saadeh, who covered tourism.

Nimer emphasized the importance of critical thinking in education, and criticized schools which employ more of a wrote memorization technique. He also presented how the occupation impacts the demolition and rebuilding of schools, provides roadblocks and checkpoints resulting in absentees, and makes it more difficult to attain qualified staff. He further detailed how educational materials used in science labs and books used for other subjects are not able to make it to the classroom. He contends that we should encourage students to build upon their educational resources despite the occupation.

Saadeh demonstrated the importance of tourism in preserving a country’s culture and heritage while building a national identity. Along with being an economic driver for Palestine, by sharing our culture we resist the efforts to erase our existence.

Bahour asked a variety of thought provoking questions relating to nation building, how it’s distinguished from state building, and the role of diaspora. Ideas were thrown around, such as further educating others, engaging in institutional efforts, engaging in regional and local representation, advocating to senators, changing the collective mindset and developing a sense of agency.

Both panels were insightful and the conferences were greatly appreciated. We finished the day with a return to the Rosana festival, where the winding alleys were lively with stalls. We watched proudly as the people of Birzeit presented an award to our organizer, Sir Rateb, and concluded with some enchanting music consisting of traditional Palestinian instrument. 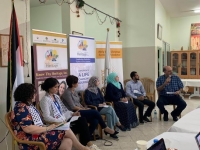 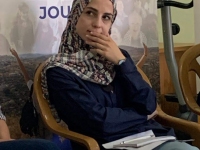 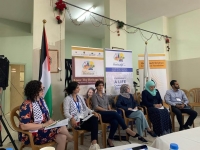 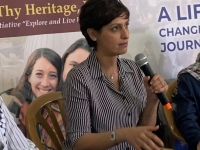 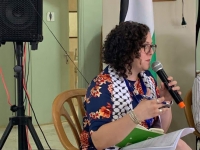 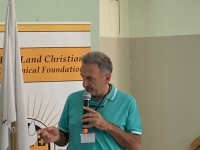 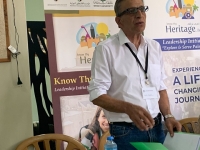 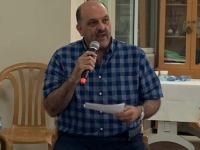 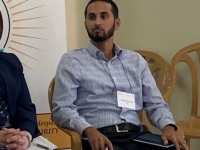 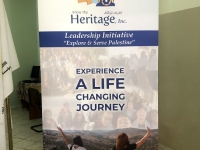 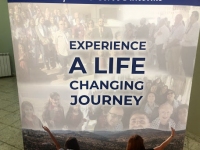 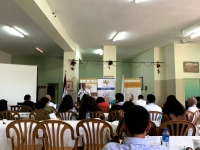 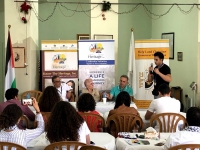 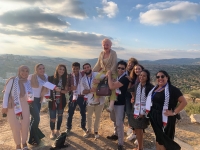