Monday was our earliest start. We left Birzeit at 5am to make it to the north by 9am to meet Shadia Sbait, who would be speaking with us about her destroyed village of Iqrit and its history with the occupation. We arrived and walked up a steep hill to get to the church of Iqrit, all that is left of this Christian village. Shadia shared with us how in 1948, the people of Iqrit were told to leave for a 2-week period for safety while Israeli forces used the village. They took nothing with them as they expected to return. They did not see themselves as displaced because they were told they would return within those 2 weeks. It has been 71 years, and this community has not been able to return, and their village was destroyed. All that was left standing was the church and their cemetery. The people of Iqrit, however, demonstrate the resiliency of the Palestinian spirit. While they have not been able to return and rebuild, they continue to come back to the church, performing a ceremony and weddings in that church, the only part of the village the Israelis could not destroy. Using the Israeli legal systems, the people of Iqrit were able to make Israelis open the road to and bring electricity back to this destroyed village. Iqrit’s displaced residents have found their own way of reinhabit their village by coming back to the village on their days and continuing to fuel this community with its culture and traditions.

After a powerful visit and conversation in Iqrit, we made our way to Akka, a town on the Mediterranean coast that showed us a whole new perspective on the Israeli state and occupation. These villages and towns are within the now-Israeli territory, but continue to remain Palestinian in many ways, despite being occupied since the Bronze Age. We walked through the old city of Akka with ZamZam Faour, a local from Acre, who told us the story of how Palestinians coexist with Israeli here. Because this is an Israeli territory, the Palestinian people of Acre have limited rights and access to resources. Zamzam told us how, if you are Palestinian, you do not have access or right to rebuild or update your home. The laws limit Palestinians from being able to make changes to their land and homes. However, Israelis are able to quickly destroy and rebuild newer, more modern homes for themselves.

We toured Acre and enjoyed a delicious seafood lunch, happy to be able to celebrate and share with Palestinian locals, and after that, we made our way to Haifa. Haifa is a big, beautiful city that houses the Baha’i Shrine and Gardens. It was a stunning sight to see the beautiful gardens as they rise up to the sky and the shrine. We saw brides taking pictures with their new husbands and enjoyed Ice Cream (booza) as we sweltered in the heat. After our walk around Haifa, we met with the Mosawa leadership to discuss human rights issues and challenges facing Palestinians in Haifa as they share with the Israeli occupation. The Director of Mossawa, Jafar Farah, spoke to us about the challenges and importance of the diaspora being engaged, involved, and helping to fight for our Palestinian nation. He emphasized that our fight needs to be for Palestinian self-determination. Our conversation with director Jafar Farah encouraged us and challenged us to think further about what these relationships, cooperation, and movements for freedom can look like.

After long day of important visits, we arrived in Nazareth to rest for the night, ready to start a new day visiting another holy city. 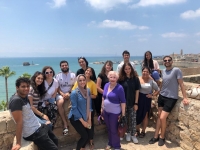 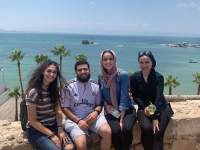 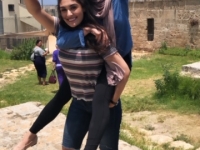 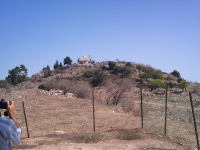 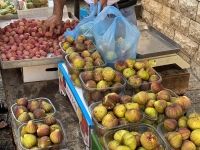 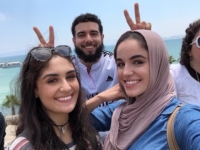 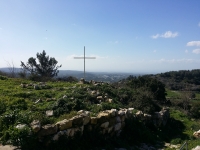 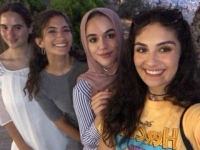 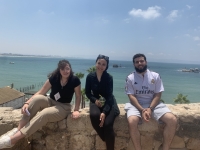 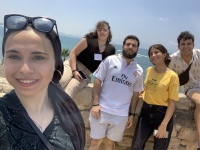 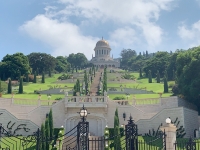 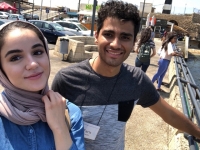 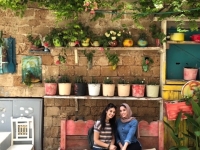 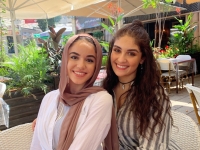 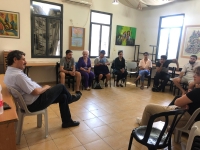 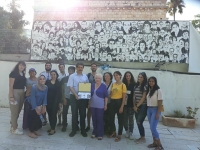