The third day of the Holy Land Christian Ecumenical Foundation’s 5th Know Thy Heritage (KTH) leadership program took the delegates to the holy city of Jerusalem. The delegates began their journey early, taking extra time to ensure enough time to cross the checkpoint before ultimately entering the walls of the ancient city.

The delegates’ first stop: Haram al-Sharif, or the Temple Mount. Despite the clashes just the night before between Israeli police and Palestinian worshippers on the Temple Mount, the delegates were safely able to tour the area and learn more about its historical significance and religious significance of the holy area, which houses both the Dome of the Rock and Islam’s third most important mosque, Al Aqsa. The tour was lead by one of the KTH program’s strategic partners, Palestinian Vision (or PALVision), which was created by Palestinian youth in 1998 in order to give Jerusalem’s Palestinian youth the outlet to express themselves, become agents of change, and gain the skills necessary to be proactive leaders in their society. 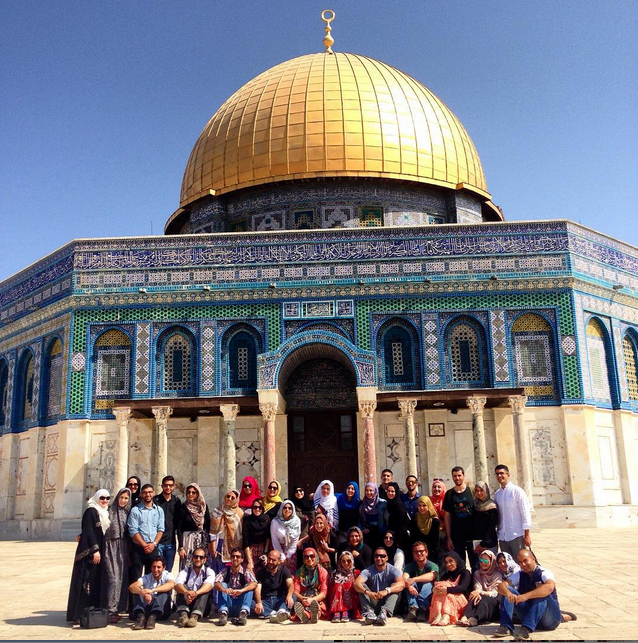 In addition to having the opportunity to both tour and worship in these holy sites, the delegates were also given the opportunity to see first-hand the geopolitical significance this site plays in the Israeli-Palestinian conflict today, when a group of Israeli Orthodox Jews were lead around the Temple Mount flanked with the protection of Israeli soldiers — a controversial scene which prompted a vocal response from the site’s female and youth worshippers. Throughout it all, the delegates were able to learn just how common place such scenes are in a city as sacrosanct and contested as Jerusalem. The delegates then explored one of the most important churches in the Christian tradition — the Church of the Holy Sepulcher, in which the delegates were able to observe the resting place of Jesus Christ.

After further exploring the different quarters of the Old City, the delegates gathered to have lunch with their hosts at the Burj Al Laqlaq Center, which is located at the Northeast corner of the Old City near its ancient namesake, the Laqlaq Tower. The site, which was built under the Ottomans in 1537 as one of the empire’s most important defensive landmarks, now functions as a community space. In spite of perpetual threats of confiscation, the site has continued to provide social, educational and recreational activities to Jerusalem’s Palestinian youth. 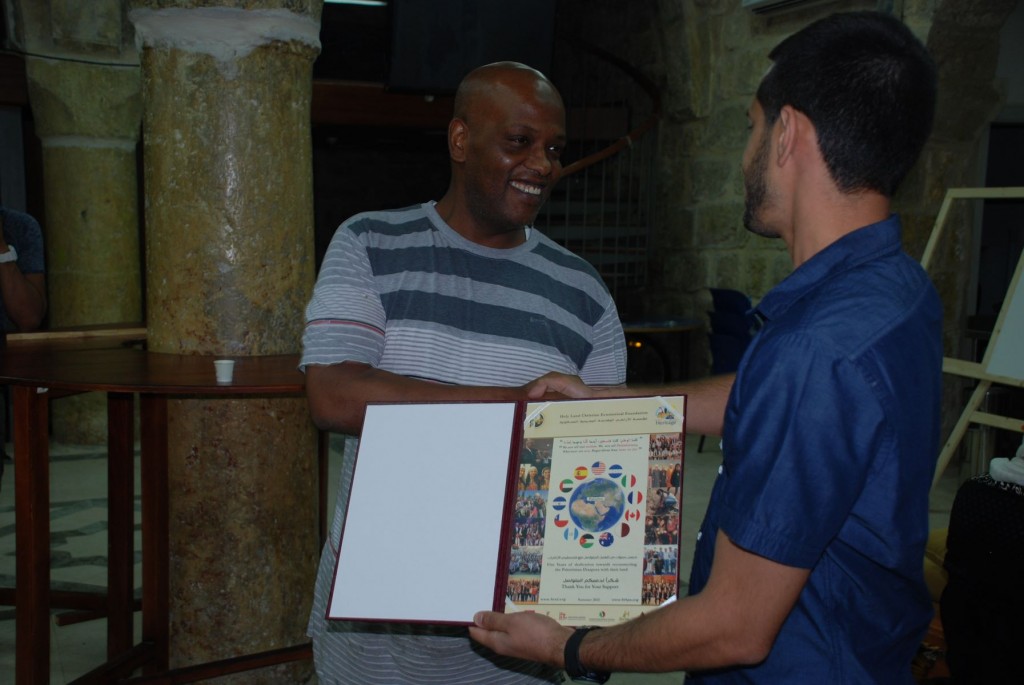 After lunch, the delegates has the distinct honor of meeting with His Beatitude Latin Patriarch Fuad Twal, who shared with the delegates the importance of continued interfaith cooperation among Palestine’s Muslim and Christian populations, and the critical role the diaspora can play in bringing peace to the perpetually conflicted holy city. As he reminded the delegates, “Jerusalem doesn’t belong to us, we belong to Jerusalem.” 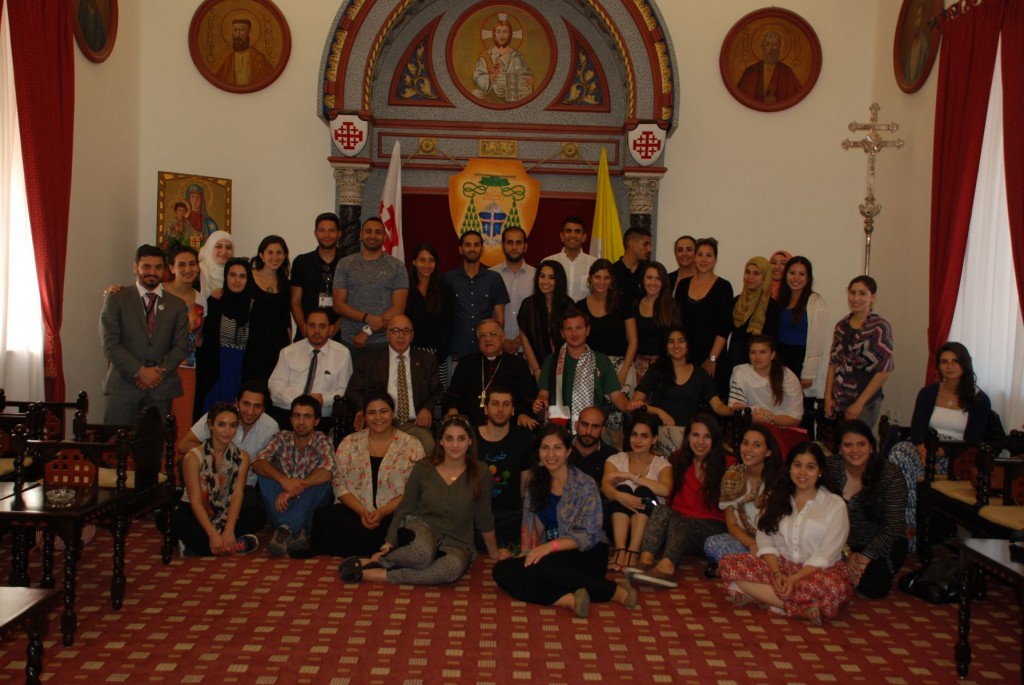 “Jerusalem doesn’t belong to us, we belong to Jerusalem.”

For the next stop on their tour, the delegates left the Old City and made their way to East Jerusalem’s Yabous Cultural Center. The center, which was established in 1995 by several Palestinian artists and cultural enthusiasts, was named in honor of Yabous, the first recorded name given to the city by the Canaanite tribe of the Jebusites. According to Yabous Director Rania Elias, the center seeks to honor those descendants of the Jebusites who continue to live in Jerusalem to this day, and to preserve the city’s cultural and artistic ancestry. Throughout the question and answer period, the delegates were able to learn more about the importance of preserving Palestinian heritage and culture, while also brainstorming ways they could apply Yabous’ strategies to their homes in the diaspora.

The delegates’ final stop of the day took them to the Notre Dame Hotel in Jerusalem for an indepth discussion and dinner reception with Jerusalem’s Muslim and Christian religious leaders, including HG Sheikh Maher Assaf, Archbishop Atallah Hanna, Archbishop William Shomali, and Father Michael McDonagh. The panel discussion, led by HCEF President/CEO Sir Rateb Rabie, KCHS, gave delegates the opportunity to discuss the role interfaith cooperation can play in improving the political situation on the ground and uniting Jerusalem’s different religious communities. 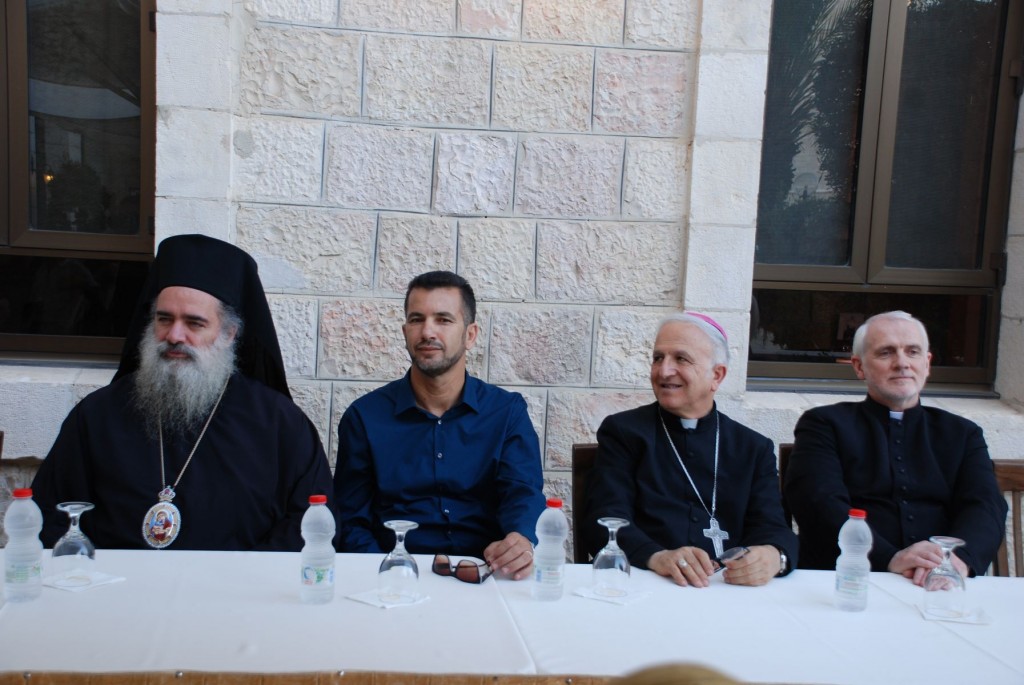 After the daily delegation debriefing that evening, Sir Rateb Rabie, KCHS, HCEF President/ CEO, commented that, “ The delegates visited a city that is both among the holiest but also the most troubled in all the world. They learned about their faith, culture, and roots. They prayed for all and I ask you to pray for these young Palestinians of the Diaspora, who truly represent the diverse mosaic of all Palestinians living beyond the borders of their homeland.”

To see more photos for this day, please Click Here!