On Saturday, July 25, the Holy Land Christian Ecumenical Foundation kicked off its first day of the 2015 Know Thy Heritage (KTH) Leadership Program. The 40-youth delegation began their morning in Bethlehem by learning more about the Christian tradition, during which time the interfaith group of Muslim, Christian and Bahai delegates were able to take part in traditional Catholic and Orthodox masses at the Church of the Nativity. Just across Manger Square, the delegation was also given the opportunity to explore the Islamic faith, taking a tour and praying at the Omar Mosque. With additional visits to other sacrosanct holy sites in Bethlehem, including the Milk Grotto and Shepherds Field, the delegates were able see first-hand how Palestine is indeed, in the words of Archbishop Atallah Hanna, a real-life example of interfaith coexistence. 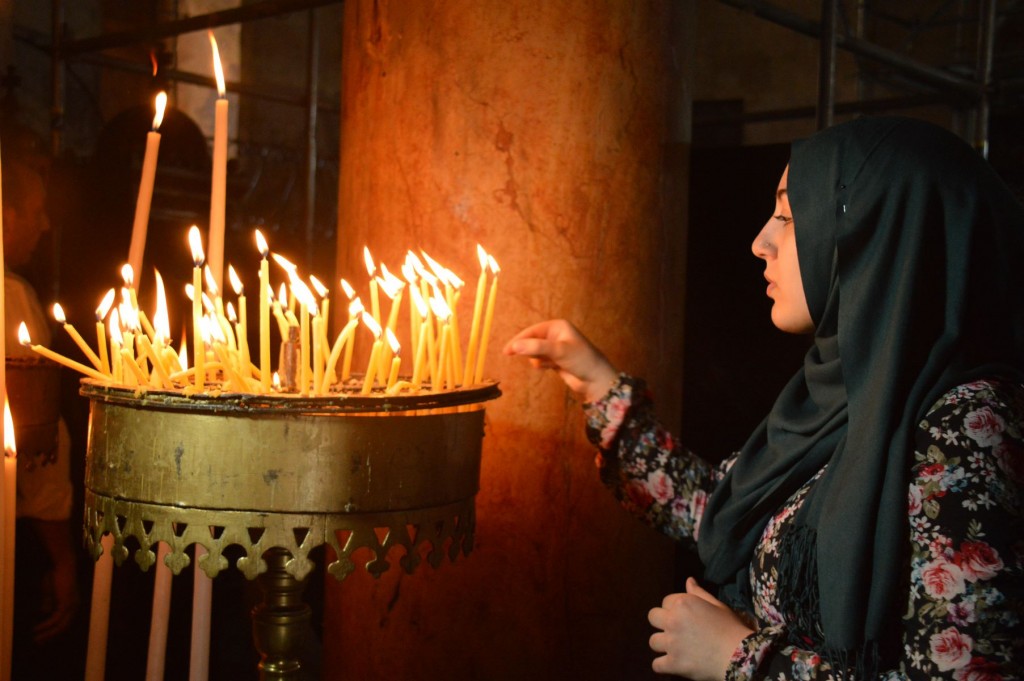 The peaceful coexistence of Bethlehem, however, was contrasted with the dire situation in the delegates’ next destination: Hebron. Known as one of the biggest trading hubs of the West Bank, it was in Hebron that the delegates were able to bear witness to the harshest realities of the occupation first-hand — from the increased Israeli military presence to the segregated policies that separate the local Palestinians from Israeli settler neighbors. This inherent segregation was best illustrated by the delegates visits to the Ibrahimi Mosque and Shuhada Street, through both of which the delegates were able to see how the concentrated Israeli military presence contributes to the tense and difficult living situation faced by Hebron’s Palestinians on a daily basis.

In order to better understand Hebron and its history, the delegates’ first stop in Hebron was a meeting and lunch hosted by Hebron Governor H.E. Mr. Kamel Humeid. The delegates were able to speak candidly with Governor Humeid, asking questions about the geopolitical situation on the ground as well as his thoughts on what the future holds for Hebron and Palestine more broadly. 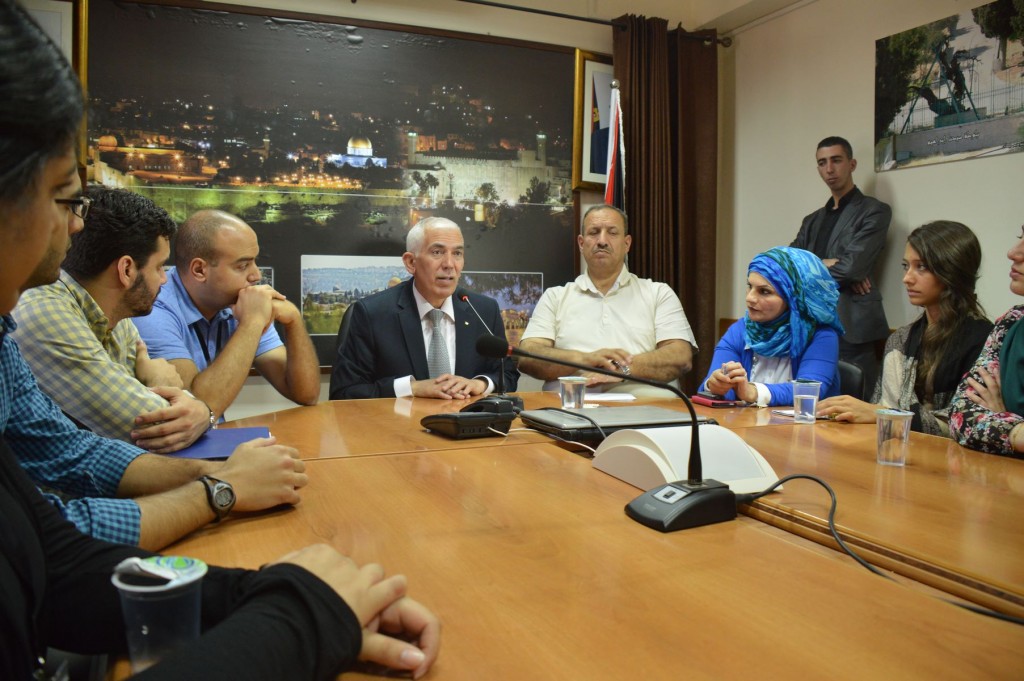 Beyond the geopolitical realm, the delegates were also given the opportunity to learn more about the economic situation in Palestine and the importance of local business play in Palestinians’ daily lives. This new component of KTH, known as the “Future Business Leaders” program implemented with HCEF’s partner the Palestinian Market Development Programme (PMDP), aims to introduce Palestinian diaspora youth to the economic sector of Palestine and equip them the necessary tools and understanding to impact Palestine on an economic level. To that end, the delegates were given a tour of Hebron’s own Al Jebrini Dairy & Food company, which started as a small family establishment more than half a century ago. Since the company’s inception, Al Jebrini has been one of the key players in Palestine’s dairy industry, distributing their products throughout the West Bank and Gaza, as well as providing hundreds of much needed local jobs. 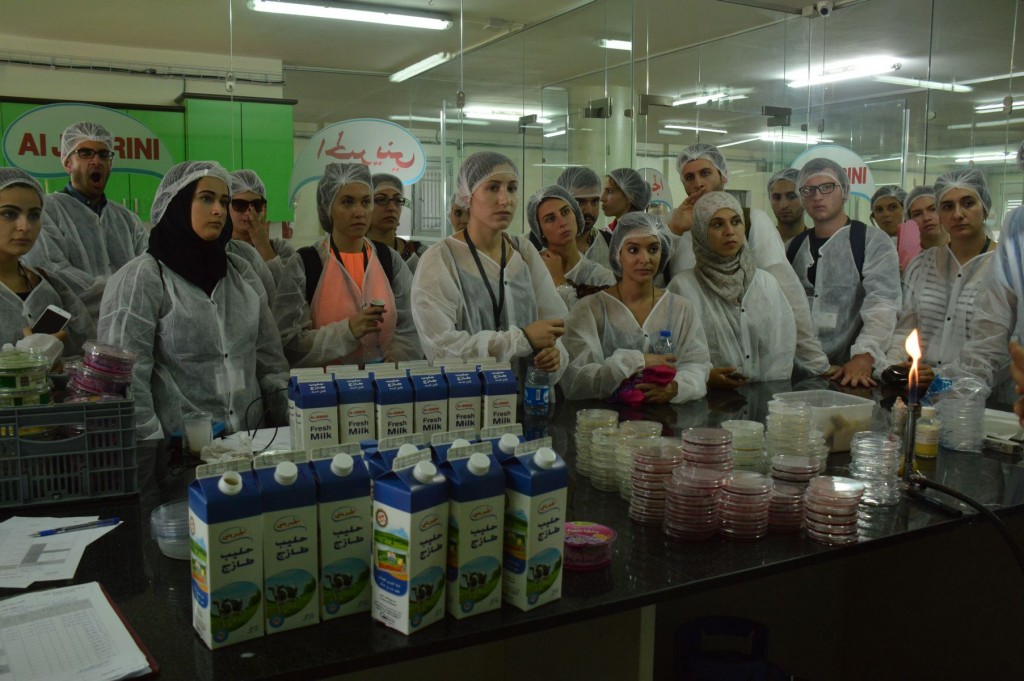 The delegates’ tour of the economic sector of Hebron also took them to visit Hebron’s famed ceramic and glass factories, which have preserved and produced traditional Palestinian handicrafts for several generations. The Palestinians’ steadfast commitment to tradition and preserving their culture heritage despite the occupation was best represented through these artifacts, all of which proudly bore the words, “Made in Palestine.”

During the daily delegation debriefing that evening, Sir Rateb Rabie, KCHS, HCEF President/ CEO, said “It is profoundly moving to see these young Palestinian leaders of the Diaspora — Christians, Muslims and Bahai — decide to pray together during a traditional mass in the Church of the Nativity and through that experience carry with them the strength of unity as they were all emotionally challenged by witnessing the unjust oppression of Palestinians, particularly in a place of worship, in Hebron.”

To see more photos for this day, please Click Here!