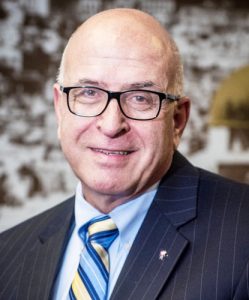 Mr. Rateb Y. Rabie is an accomplished Social Entrepreneur. He is dedicated to peace and justice and to creating a new type of transformational leadership that addresses critical social needs and advances innovation, equality, and societal wellbeing.

Mr. Rabie is founder and President/CEO of the Know Thy Heritage (KTH), co-founder and Chair of the Board of Directors of the Jerusalem Peace Institute (JPI), founder and President/CEO of the Holy Land Christian Ecumenical Foundation (HCEF). Born in Amman, Jordan to Palestinian parents, he is Chairman of the U.S. Muslim Christian Coalition, co-founder and past national president of the Birzeit Society, and co-founder, Vice President, and Treasurer of the Institute for Health, Development, and Research in Palestine. He is also a Knight Commander of the Equestrian Order of the Holy Sepulcher and a 4th Degree Knight of Columbus, founder and co-chair of the Holy Land Outreach Committee of the Knights of Columbus, Maryland State Council. Rateb is recipient of the Faith and Tolerance Award from the Arab American Anti-Discrimination Committee. He is committed to peace and justice in Palestine and to strengthening the identity of Palestinians in the Diaspora.

Mr. Rabie came to the United States in 1976 to pursue his higher education. From 1981 to 1986, he was Director of Operations for a British/Saudi Corporation—Saudi Support Services, Ltd. He later moved to Jordan, where he ran his own company, Reem Support Services. In 1989, he returned to Washington, D.C. where he worked for Marriott Corp. and founded, managed, and owned businesses, including Image Printing & Publishing, Inc. and Vison Management & Consulting, Inc.

Rateb is married to Rocio, his wife of 43 years, whom he met in the United States. Together they have four grown daughters and are the proud grandparents of two girls and five boys.