The 6th Generation of Know Thy Heritage Begins 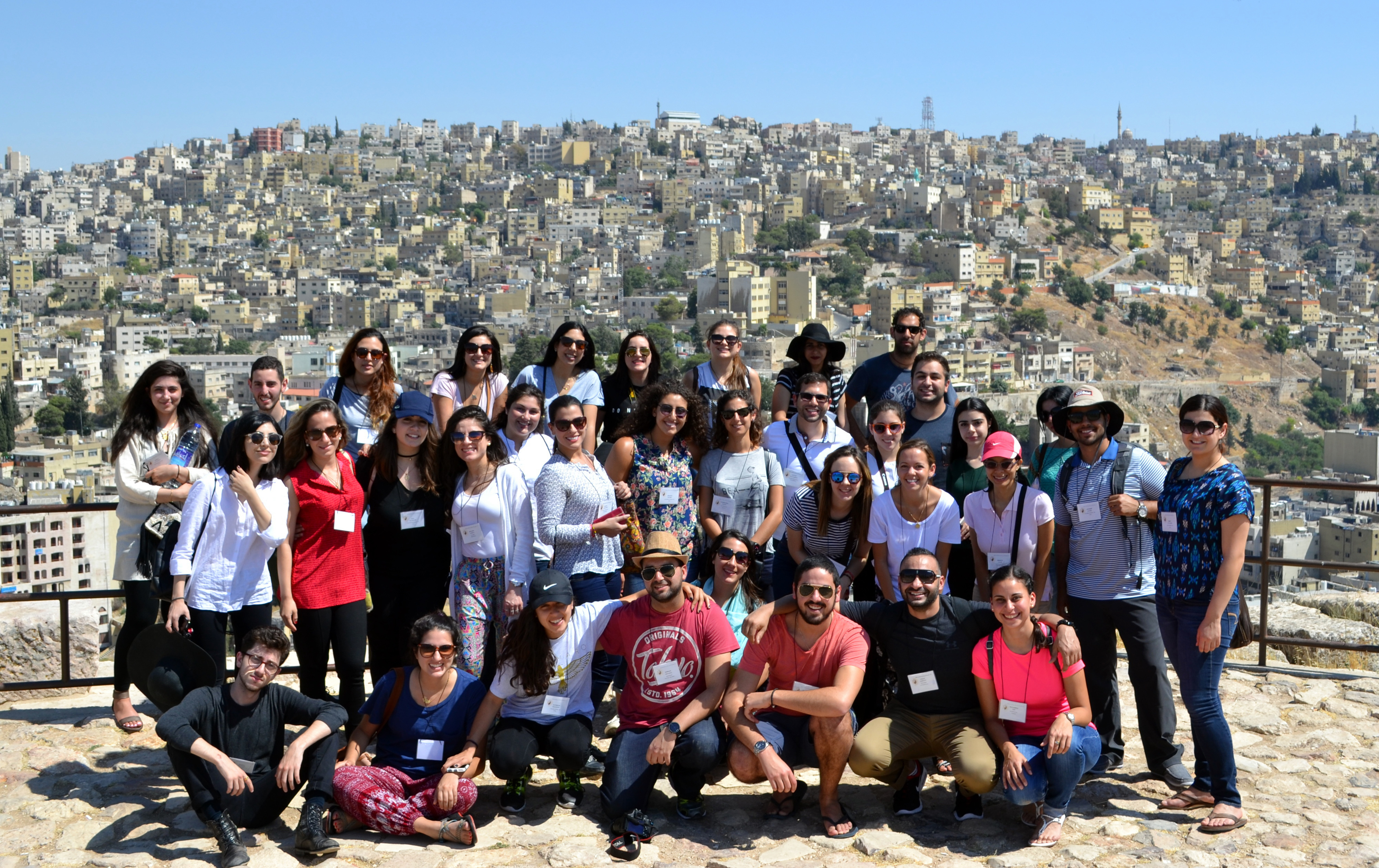 Amman, Jordan- Palestinian youth from all corners of the world gathered in Jordan last week to begin their journey home to Palestine. Forty young people hailing from 10 countries explored the historical and religious sites of Amman before embarking on their trip to Palestine through Jordan’s King Hussein Bridge Crossing.

The youth, aged 18 to 30, are taking part in the 2016 Know Thy Heritage leadership program – a cultural and interfaith mission – run by the Holy Land Christian Ecumenical Foundation (HCEF). Know Thy Heritage, now in its sixth year, takes young Palestinians on an adventure of a lifetime by connecting them to their ancestral Palestinian roots. The program allows delegates to explore and learn about the history and culture of Palestine.

This year the interfaith mission, which brings together both Muslim and Christian Palestinians as ambassadors for peace, drew delegates from Columbia, Honduras, France, Italy, the United Arab Emirates, Saudi Arabia, New Zealand, the United States, Chile and Australia.

Despite feeling jet-lagged upon arrival, the delegates eagerly explored Amman’s iconic hilltop Citadel the following day. Reflecting the interfaith nature of the program, the delegates visited the Temple of Hercules, a Byzantium church and the Islamic Ummayad Palace. The group then headed over to the Roman Theatre, built in the second century with a capacity to seat 6000. This was followed by a trip to Saint George’s Greek Orthodox Church, considered a holy site and a place of worship for both Muslims and Christians.

Afterwards, delegates convened for a workshop with head of the Palestine International Institute and member of the Palestinian National Council, Dr. Asad Abdul Rahman, who discussed the living situation for Palestinians under occupation. Mr. Abdul Rahman,  stressed the importance of knowing the Arabic language and promoted the institute’s Mahmoud Darwish Scholarship program, which offers opportunities for Palestinians and Lebanese in the diaspora to study Arabic in Amman or Jerusalem.

That evening, KTH delegates were able to further experience Jordanian hospitality and generosity in the Christian neighborhood of Fuheis in Balqa city. They were received by the Deputy Chair of the Jordanian Parliament, H.E. Wageeh Azayzeh, who invited the delegation to a dinner of traditional homemade lamb and chicken mansaf, paired with kanafeh for dessert. The former Minister of Culture H.E. Jeries Samawi also joined Mr. Azayzeh in greeting the young Palestinians. After a delicious dinner and lively conversation the KTH delegation was received by a Fuheis youth group which performed traditional Jordanian dabke for them.

KTH Delegate Emaan E, from North Carolina, the United States, said she had been to Amman many times but was astounded by the cultural and historical richness of the city she had discovered through KTH.

“I’ve been to Amman ten times and I’ve never seen or done anything like this.” she exclaimed with excitement.

After a short debrief, delegates returned to their hotel where they had an opportunity to bond and prepare for the next day.