On July 29, the Holy Land Christian Ecumenical Foundation’s 5th Know Thy Heritage (KTH) program kicked off its fourth day in Palestine exploring the city of Bethlehem.

Their first visit took them to the Applied Research Institute of Jerusalem (ARIJ), a non-profit organization dedicated to promoting sustainable development in Palestine and conducting research on the economic and environmental impacts of the annexation wall, settlement expansion, and water confiscation since the 1990s. ARIJ CEO Dr. Jad Isaac discussed the political history of the Israeli-Palestinian conflict and gave the delegates an overview of the geopolitical situation on the ground, from the ever-expanding annexation wall and Israeli settlements to dwindling water resources and future solutions to the conflict. 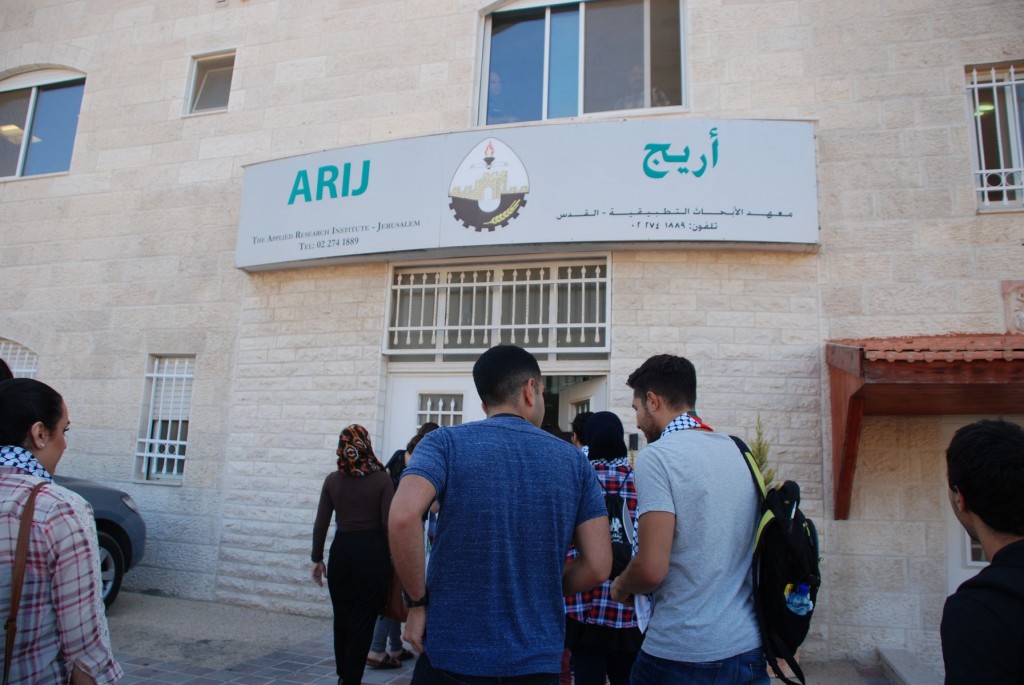 After learning about the geopolitical situation in Palestine, the delegates set out to Bethlehem University to meet with Palestinian university students. The delegates were given the chance to connect with their fellow Palestinian peers at Bethlehem University and learn more about the status of higher education in Palestine, as well as the challenges students face both within and outside the university. Among the many things the youth discussed were access to job opportunities post-graduation and the potential for future partnerships between Palestinian universities and universities abroad.

As part of the newest “Future Business Leaders” component to the KTH program, implemented with HCEF’s partner the Palestinian Market Development Programme (PMDP), the delegates attended a workshop with VisitPalestine.ps Founder and General Manager Sami Khoury entitled, “Diaspora Tourism — Palestine Untapped Potential.” The workshop focused on identifying the ways in which the diaspora tourism market has been throughout other countries and diasporic nations, as well as ways in which Palestine could take the same approach. The delegates and Mr. Khoury brainstormed a number of measures that could be taken to further improve Palestine’s tourism market, ranging from Muslim-Christian religious pilgrimages to specific diaspora tours aimed at bringing Palestinians worldwide back to their ancestral homeland. 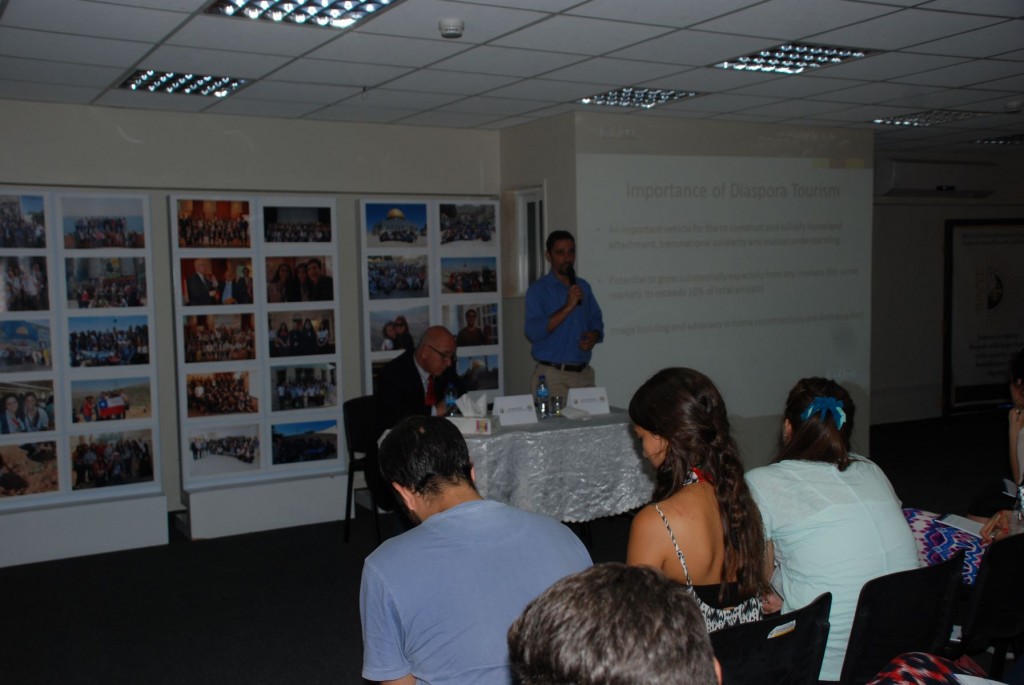 Finally, the delegates were given the opportunity to connect with their common ancestry and heritage by paying a visit to the newly opened Bethlehem Museum. The museum, which was established by HCEF in partnership with the Arab Women’s Union this year, aims to promote Palestine’s rich heritage by highlighting the role Palestinians have played in the Holy Land for thousands of years. The delegates were introduced to everything from ancient Canaanite artifacts and relics, to a more contemporary exhibit highlighting the integral role of the diaspora on Palestinian society known as Palestinian Surprises (http://palestiniansurprises.com). The delegates concluded their visit by dining in the museum’s own “Al Karmeh” restaurant, which featured traditional Palestinian dishes, including musakhan.

During the daily delegation debriefing, Sir Rateb Rabie, KCHS, HCEF President/CEO, said, “Today the delegates learned about the troubling facts of occupation, of the wall, settlements, water and land confiscations, and more. This was emotionally challenging and made positive change for the future a difficult prospect to imagine. But then the delegates met their peers at Bethlehem University, and saw the longstanding history and rich culture of Palestinians and their ancestors at the Bethlehem Museum. They saw that, no matter what difficulty came down on the people of Palestine, they would remain steadfast on their land. Whatever the future may hold, Palestine and her people are here to stay.”

To learn more about the Bethlehem Museum, visit its website online at bethlehemmuseum.com