On our second day in Palestine, we had the pleasure of meeting Dr. Hanan Ashrawi; who was the first woman to hold a seat in the highest executive body in Palestine – the PLO.

Dr. Hanan spoke to the delegation about human rights, refugees, peacemaking, policy formation, and the Israeli occupation. Here, it is noteworthy to mention Dr. Hanan’s integrity, which has been unquestionable since the initiation of her activist career – a characteristic our great deceased leader Yasser Arafat noticed and nurtured.

The way in which Dr Ashrawi articulates her speech is supremely logical, calculated, and well thought. Each word/phrase is extremely precise and carries significantly profound information. Each sentence is like crafting a Mathematical equation. It’s almost synonymous to a system for reconciling the disparate parts. Our delegation thanked Dr. Ashrawi for her talented skill set, which she thoroughly utilizes in the defense of our nation.

Later that day, we visited our undisputed leader: Yasser Arafat’s tomb – to be moved to Jerusalem in the future as per his requested will and under the future generations guidance – and his Ramallah headquarters (which was placed under Israeli siege during the brave historic second intifada, for just under 3 years). The headquarters, presently a museum for tourists to adorn, gave us overwhelming insight of the modern history of Palestine.

Yasser Arafat was the embodiment of Palestine in human form; his eloquent speeches, his commanding charisma, his unique attire, and his relentless style. He has become a father figure for all of us, and his memory lives on in our hearts and minds with tales to be passed down to the future in search for hope.

Our loving leader’s museum took us on a videographic/photographic journey of Palestine’s existential cause. This museum covered many important moments in Palestinian modern history: It started from the 19th centuries attempts of the Zionist organization to buy Palestine, the First World War’s Balfour declaration, to the 1936 Palestinian revolt against British colonization – lead by a Syrian known as Ezziden Alqassam, the 1948 pre-Arab Israeli war skirmishes during which Abdulkadir Alhusseinis legendary resistance and subsequent martyrdom occurred, the 1965 inception of the PLO, the 1967 Arab defeat, the battle of karama – first ever victory, the events of black September, the Lebanese civil war, the 1982 Israeli invasion of Lebanon, and 88-day siege of Beirut and later expulsion of the PLO, the shift of office to Tunisia, the first human intifada in 1987, the assassination of Abu Jihad, the Oslo accords peace treaty, the return to our homeland, the Israeli transgressions, and finally, the second intifada and final death of our godfather Yasser Arafat.

The videos were, the least to say, emotionally overwhelming. I recall during my late childhood watching the second intifada first-hand on TV, with all the sorrow sentimental memories being re-ignited as I watched again while walking through this museum. The idea that I was in the very building that was besieged and in the same rooms that Arafat gave orders, slept, interviewed and was interviewed was baffling. I recall when I was a child, Arafat appearing on TV during the siege, confronting a daring question by a journalist about whether he was tired of the siege and whether it has affected his health. His response resonates now more clearly than ever in my ears “excuse me, my entire life I was under siege/occupation and the struggle will continue, my blood pressure is normal, my heart never stronger, and my people make me proud every single day”

As we walked through the museum together, individually and collectively, we felt the pain of our history and the suffering of our people. We were reminded me of our people’s torment and disconcerted displacement across the world. With heaviness, we received and carried this history. And we make our promises.

Rest In Peace, Yasser. KTH will never disgrace your memory. Your courageous spirit is alive in each and every one of us. The willpower you have instilled in us has never been more vital. For Palestine, we love you. 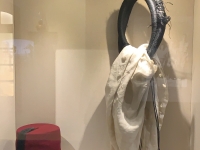 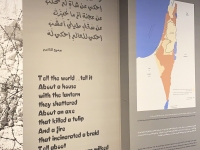 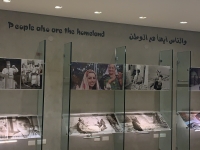 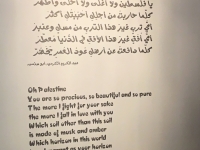 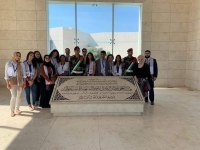 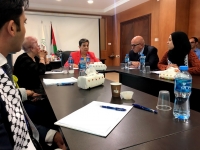 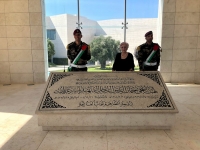 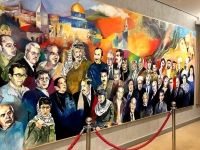 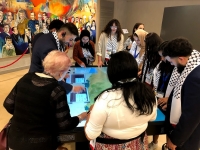 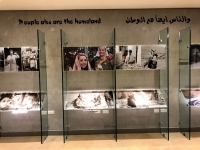 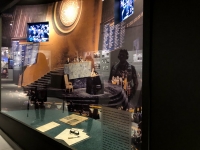 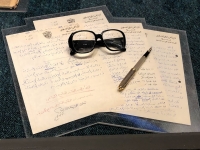 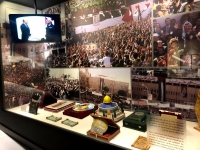 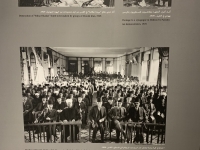 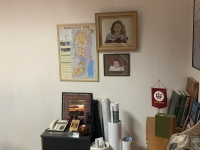 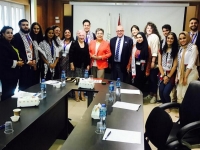